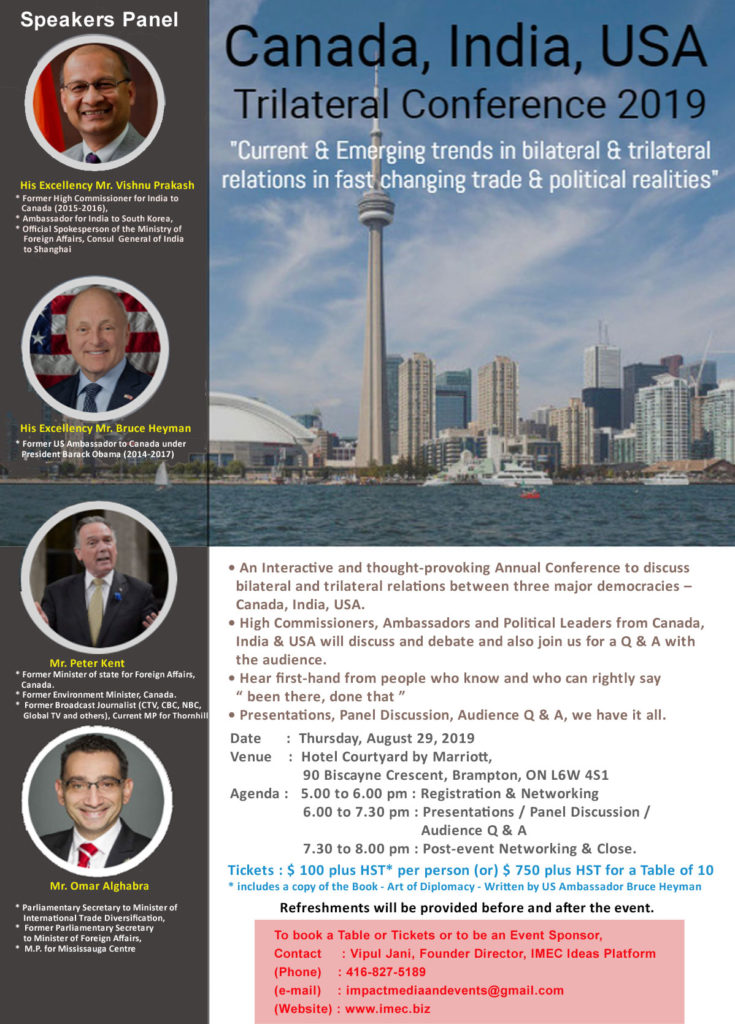 Impact Media and Events Corporation (IMEC), a Brampton based Media and Events Company since 2002, organized the first-ever Canada, India, USA Trilateral Conference  on Thursday (August 29) at Hotel Courtyard by Marriott in Brampton.

There were free, frank and open discussions on Canada-India, Canada-USA and USA-India relations as well as how relations between two countries also impact the third. After individual speeches, there was a very enlightened and entertaining Panel Discussion, which was followed by an Audience Q & A. Mouth watering appetizers were served before and after the Conference and a special dinner was organized for all speakers and a few invited guests as well.

Former High Commissioner for India to Canada (2015-2016), Ambassador for India to South Korea, Official Spokesperson for Ministry of Foreign Affairs, Consul General of India to Shanghai

MP for Thornhill and former Minister of State for Foreign Affairs and Environment, Govt of Canada